University dream realized at the age of 44

Sevda Güneş, born in 1976, graduated from the Turkish Language and Literature Program at the age of 44 and realized her university dream. Stating that she received negative reactions from her family and environment after her decision to study, Güneş said: “I set out on this road alone. I was determined and succeeded." 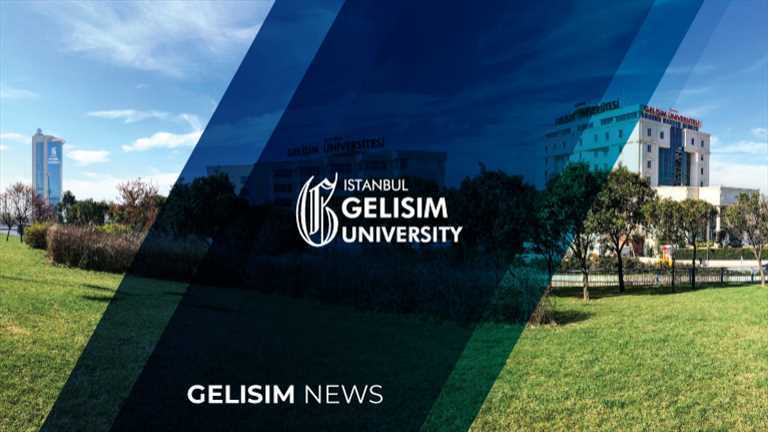 Sevda Güneş, who completed her primary, secondary and high school education in Karabük, graduated from Istanbul Gelisim University Turkish Language and Literature Program at the age of 44. Currently studying Associate degree at the Faculty of Theology and showing her peers that there is age of success, Güneş stated that she wanted to study master's and doctorate and said: “My philosophy of life is to learn and teach. I like studying and learning myself and I want to be useful to my environment and the new generation. That's why I chose to study.”

“I WANTED TO HAVE A GOOD PROFESSION”

Sressing - “I am a person who lives intensely in me feelings such as love, death, loneliness, grief, sadness, betrayal, loyalty, all that human beings have about life” - Sevda Güneş said: “I like to express these feelings by writing them since I was very young. I wanted to improve myself in this field and I wanted to be in the world of literature. As a result, I wanted to have a good job. There have been some misfortunes in my life and as a result, I have had a lot of trouble. It was a decision I made at the end of this difficult process.”

“I BELIEVED, PERSEVERED AND SUCCEEDED”

Stating that she successfully obtained the result of working in a regular and programmed manner, Güneş added: “I was forty years old. Before, I took the university exam seven times and the KPSS 3 times. But since I did not do a planned and scheduled work, I find the error in myself and I could not succeed. With the decision I made after the difficult process I went through in 2016, I worked with a nice plan and program and achieved success and won a university.”

Expressing that at first she received negative reactions from her family and environment due to her age, Güneş said, “At that time, they saw it unnecessary for me to study. The society has a point of view that "Turkish women marry when they reach the age of marriage, set up a family and raise children". I think this job is a bit of fortune. I am not against this view, but since my life philosophy is slightly different at this point, I preferred to be more useful and to improve myself. So I decided to study. I didn't listen to anyone and I set out on this road alone. First I believed, persevered and succeeded. No matter how old a person is, he can achieve anything, only the decision he makes is important for this. We come to these days by passing through the filter of mistakes in the life we live. So I'm very happy with the decision I made.”

“SOME PEOPLE LAUGHED AT ME FOR MY AGE”

Saying that the coursemates laughed when they learned their age in the first lesson week, Güneş talked: “In our first lesson week, our teacher, asked ‘who is the eldest in the class?’. He was younger than me. So I raised my hand and said - "I am 40 years old." Everyone was surprised, along with those in the class. There were even laughter sounds from the back rows. Then I went to the front of the class and gave a short talk to the young people. Of course there were reactions from my environment. There were also reactions from the school, but I didn't listen to any of them because I believed in myself. Friends were also prejudiced because they did not know me and did not know what I could achieve or not. Later, they saw that this had come to a completely different point in these four years.”

“I HAD SOME PRON-BLEMS WITH YOUNGER GENERATIONS”

Adding that he was experiencing difficulties with the new generation, Güneş said: “They were too young for me, they were about my children. I became a sister and mother to them. We took lessons in crowded classes. I am also a person who is very disturbed by noise. My teaching discipline is too much. That's why we had a lot of trouble in this regard as I definitely don't want sound and noise in the lesson. Young people had their own age groups and settings. I was left alone. Sometimes we had problems, but we ended four years with many bittersweet memories, everyone learned from each other.”

“A SPIRIT NOT CONNECTED TO A PURPOSE LOSE ITS PATH”

Sevda Güneş, did not neglect to make suggestions to the young people, and said: “You are the chyrosotile stones of this country. Montaigne has a saying; ‘A soul that does not commit to a purpose loses its way. Because being everywhere is not being anywhere.' Based on this statement, set very good goals for your future. Shape your life according to where you want to be in ten years. Life is not as easy as you think. If you have family today, it may not be tomorrow, if you have money it may not be tomorrow, if you have health it may not be, there is no guarantee of anything in life. So know the current time as cash and make very good decisions.”

“AGE DOES NOT MATTER, MAKING THE RIGHT DECISIONS MATTERS”

Emphasizing that age is not important for those who could not attend university due to certain reasons and feel that they are late, Güneş said: “The important thing is to make a decision as I said. There are many people around you who will affect you negatively. First, one must believe in himself. If you believe in yourself, others will believe you. Why should we direct our own lives by being influenced by someone else? If there is a goal I want to achieve, I can of course achieve it by working in a planned program. It is only important to make the right decision.”

Güneş finally addressed the youth with the following lines she wrote:

“In your youth, you think every season is spring, when the first white falls on your hair, you understand that the life is like autumn in every season.

The hope of the youth was exhausted before they lived it. If only they knew what a difficult thing life is getting older.

So bounce back before it's too late, know that every day is your fortune, and draw your destiny yourself every day.”